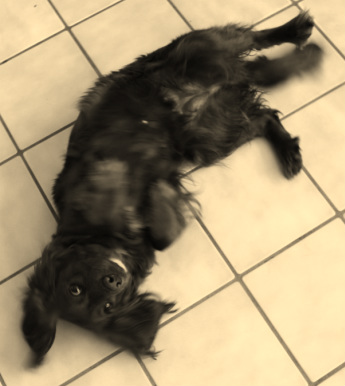 Cockapoos are wonderful little animals. Of course I'm going to say that since I live with them and train them day in and day out. But the reason I have chosen to work exclusively with this breed is because of their awesomeness.

I've worked with many, many breeds and I find this breed to be the very best companion dog breed there is. The Cockapoos I produce are well suited to the modern life of a companion animal and they can also make fantastic therapy dogs.

I have chosen this breed after a lot of careful consideration and in spite of the restrictions placed on the breed due to their lack of acceptance in the show dog world of North America.

The Cockapoo may not be a part of the cool kids clique but United States tradition is all about the new and improved right along with supporting the underdog.

I accept this challenge and have dedicated myself to harvesting the potential in this misunderstood dog as well as educating the public about healthy breeding practices for the Cockapoo. I also aim to educate North American show dog competitors (one open-minded person at a time) to help bring them up to speed with the rest of the world.

There is a growing number of dedicated Cockapoo owners in the US, intent on getting the right information out there! There is little fully-truthful information available in North America but that is slowly changing for the better. There is a wonderful and well established breed club in Great Britain, however. They have excellent resources, although their primary Cockapoo is of the English variety, which does have some differences to the American.

I have chosen to help this little breed improve in the face of adversity; that is the American-way, after all.

Cockapoo History :
Cockapoos were first bred in the United States. All breeds start from somewhere and they historically arise from a need for a dog to perform a specific function in a way that suits a breed-developer in particular that another breed does not.

We have little documented history regarding the American Cockapoo other than the knowledge that the time that there were enough Cockapoos around to gain some public recognition was 1950. This leads me to believe they've been around for much longer than 1950. Before there was the internet it was certainly much harder to get information on anything spread about, especially a dog vari. 1950 was also prior to the terrible age of commercial pet stores and puppy brokers shipping dogs around the country in large tractor trailers.

Cockapoos have been known in the United States since about 1950 and are one of the oldest of the hybrid dog breeds. The earliest known dictionary reference was a 1960 Oxford English Dictionary citation.